Shark Tank is a hit reality TV series from the west that holds entrepreneurship close to its core. If you think you are the next up and coming entrepreneurial genius, get ready to swim with some sharks. Not literally, the sharks here are celebrated businessmen and women who have achieved great success in their business…

Students pursuing Digital Business programs at HETIC, The French School of Digital Leadership, will be attending an engaging and informative session on Use Cases in Computer Vision. The Masterclass will be presided by the leading Industry leader, Guillaume Macaigne, R&D Engineer and AI Trainer. Macaigne is a law graduate deeply engrossed in the fascinating world…

Bill Gates’ net worth is estimated to be $133 billion as of January 13, 2021. He amassed the majority of his wealth as Microsoft’s CEO, chair, and chief software architect (MSFT). Although Gates stepped down as chairman in 2014, he still owns 1.34 percent of the enterprise he co-founded.

The Elon Musk Effect: Transforming the world with tech innovations

Do you ever wonder if there is anything Elon Musk cannot do? Coined as a visionary and futuristic entrepreneur with a charismatic personality, Elon Musk has paved his own path to be a successful business man over the past few decades, with some of the most prominent, impactful and innovative companies under his leadership.  Coming…

Students pursuing Digital Business programs at HETIC, The French School of Digital Leadership, will be attending an engaging and informative session on Data Cloud: Understanding AWS. The Masterclass will be presided by the leading Industry leader, Guillaume Macaigne, R&D Engineer and AI Trainer. Macaigne is a law graduate deeply engrossed in the fascinating world of…

How Data Science optimizes Digital marketing? A recipe for success.

The past decade of emerging technologies has evolved the way we think of marketing and data collection. Innovative disruption all across sectors is widely based on data and its analysis to reach the potential customer base. Changing global markets, pandemic and wars have all heavily relied on data analytics for taking crucial decisions regarding… 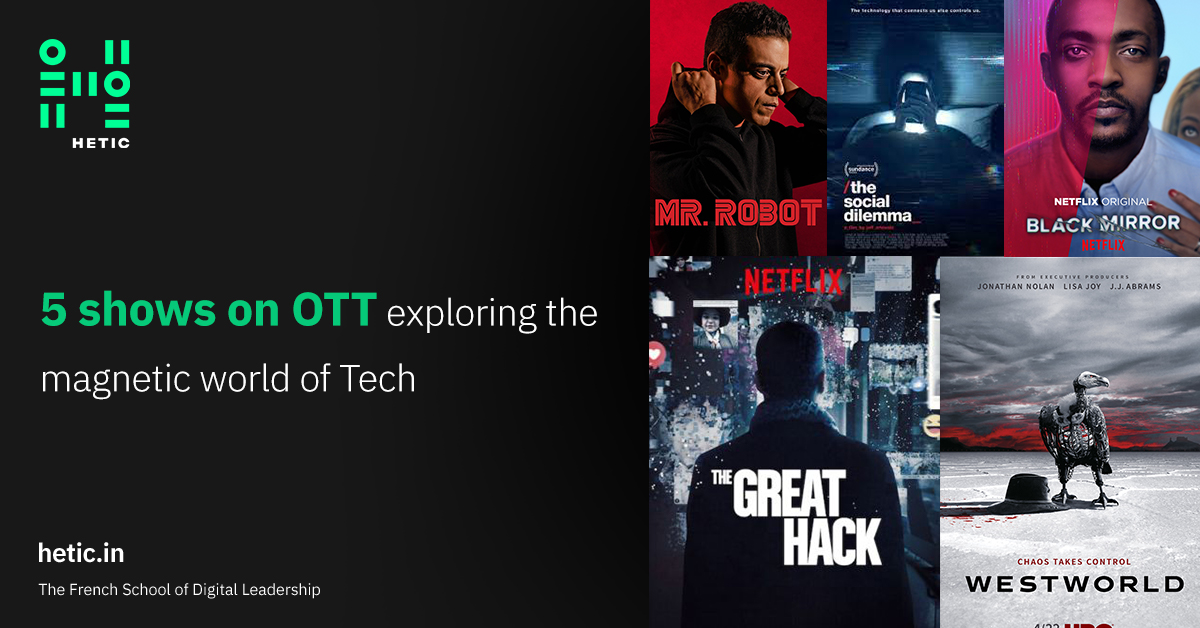 5 shows on OTT exploring the magnetic world of Tech

Did you know the internet is more than 30 year old? Over these 3 decades our lives have been revolutionized with technology. Emerging technologies and wide spread digital and social media have inspired the entertainment sector to produce thrillers, dystopian storylines and documentaries. These movies, shows or documentaries reflect how tech has impacted our daily…

Oprah Winfrey is a talk show host, television producer, actress, author, and philanthropist from the United States. Her talk show, The Oprah Winfrey Show, was broadcast from Chicago and the highest-rated television program in history, ran in national syndication for 25 years. Check out one of her famous quotes.

Aristotle was a Greek philosopher and polymath who lived during the Classical period in Ancient Greece. Check out one of his inspirational quotes.

The Future of Cookieless & AI-Powered World