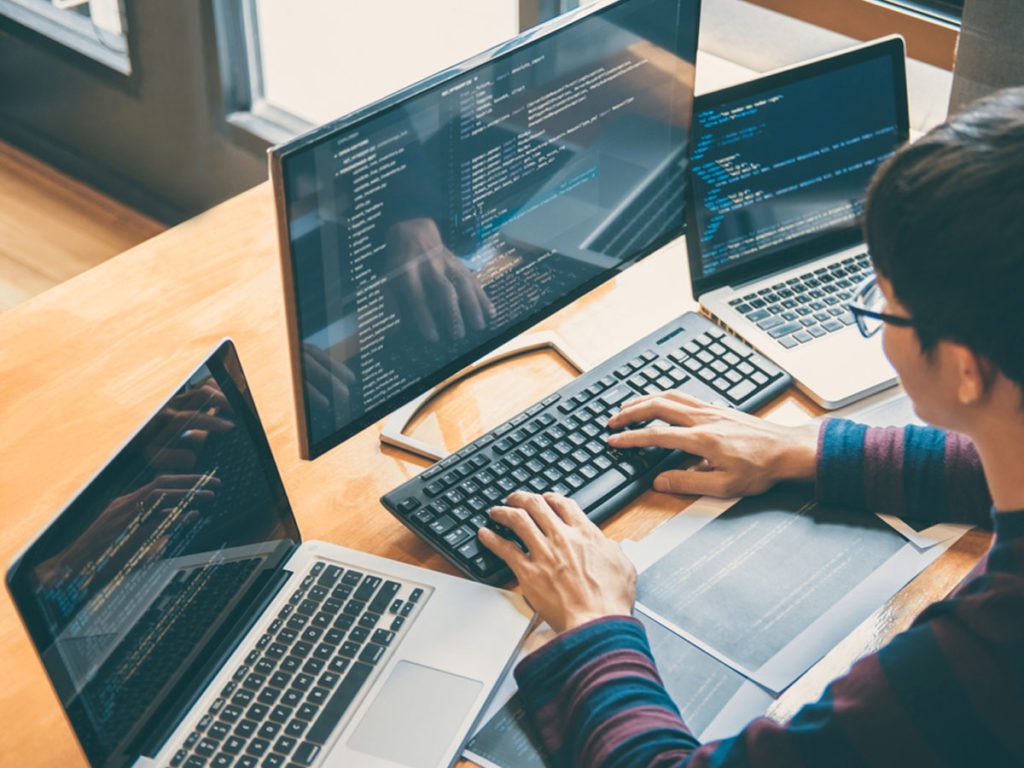 What is web development?

However, many are also well-versed in web design to ensure the website or application is both functional and aesthetic. Web developers also need to collaborate with various other teams to make sure the application being delivered is up to the expected standards. They have to work with web designers, testers, etc.

The primary role of the web developer is to ensure a website or web application is user-friendly i.e. users do not experience any difficulty in navigating the site or using the functions on it. Apart from this, a web developer is also responsible for writing, modifying, testing, and debugging software for websites.

It is quintessential for web developers to keep an ear out for industry updates. As technology keeps changing, they have to update themselves and deliver applications that adhere to current standards. This assures the delivery of quality applications.

Web developers are of three types,

HETIC’s role in your progress

HÉTIC’s 3-year BMS in Digital Business equips you with all the skills required to become a competent and efficient web developer. It covers everything from design to development to deployment. Hands-on, practical sessions and intensive workshops in web development assure you are experienced in the intricacies of the subject and are well on your way to a rewarding career in the field.

How much can you make?

Web development is quite a lucrative career path. The average salary for a web developer in India is approximately INR 2,73,000. The pay ranges between INR 1,18,705 (for entry-level roles) and INR 6,67,130 (for senior-level positions). As with any role, the more experience and skills you have will significantly affect the amount you take home. While HTML, Photoshop, and MySQL are staples of any web development role and will help you secure the job, advanced skills such as HTML5, jQuery, Ajax, and Angular.js will give you a substantial edge, both in terms of role and salary.

What subjects should you study?

Web developers have to be familiar with a number of languages and technologies. Some of these include and are not limited to,
HTML, XHTML, CSS, JavaScript, jQuery, Perl, Python, Ruby, PHP, Go, CFML – ColdFusion, Java, ASP, ASP.NET, SQL, ReactJS, AngularJS and many more.

While it isn’t mandatory to master all these areas, it is definitely good to have extensive knowledge in a few and be acquainted with at least the basics of the rest.

The web development career path consists of multiple forks. If you would like to continue on with web development, you can move on to senior positions along the same line. You can also specialize in a single programming language or skill and take your career forward from there. A web developer’s career path usually includes one or more of the following job roles (in no particular order),